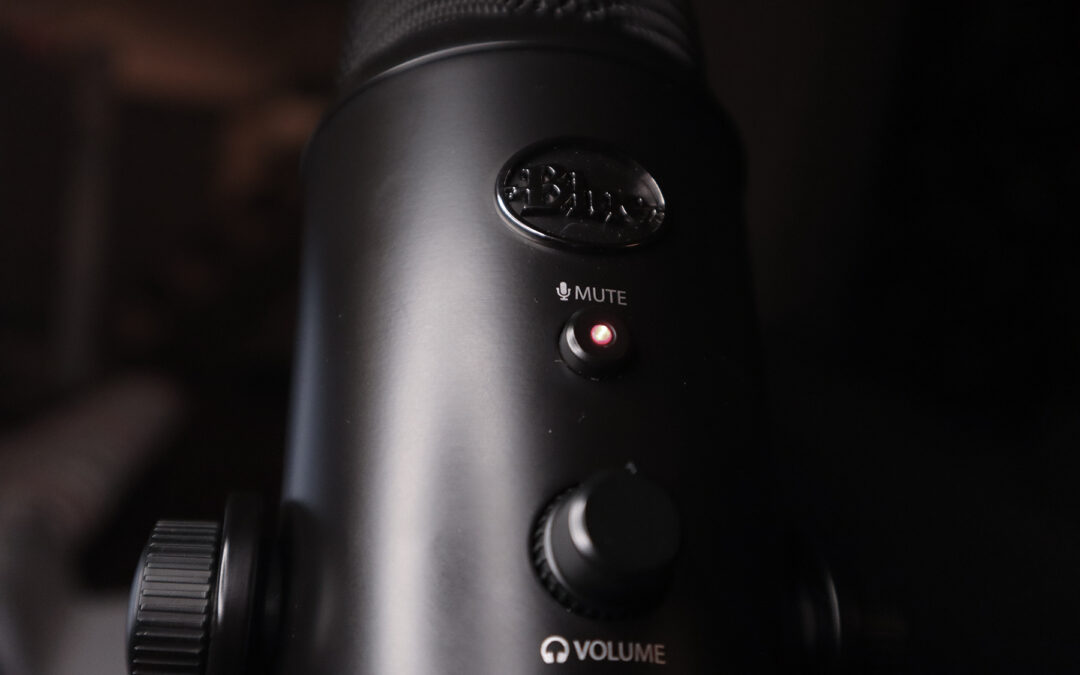 In association with Blue Yeti.

The Blue Yeti USB microphone has many useful features and can be used in many different situations. The heavy stand and metal frame give the Microphone a high-quality feel to it.

The front of the microphone has a mute button and volume nob. On the backside, there is a “gain” nob where you can control how sensitive the microphone is and a pattern nob with 4 different settings.

The cardioid mode is probably the most used one when you do streaming, webinars, podcasts, and voiceovers.

The other one is Omnidirectional. A setting that works great if you are on a conference call, field recording, or an event.

The third one is Bidirectional that works great when you interview, play instruments och sing duets.

The fourth one is Stereo that works great for vocals, ensemble choir, and instruments.

The Blue Yeti also has a headphone jack. This allows you to monitor your recording or streaming.
The stand is solid and nice.

This microphone is perfect for streamers and podcasts. It picks up the sound very well. Thanks to the pattern settings you can avoid getting too much background noise. You can control from where the sound should be recorded. This is also a good mic for demo recordings etc…

You can also attach the blue yeti to a boom arm, but since it is a very heavy microphone, not all boom arms would be able to hold it.

You have to speak directly at the mic, not on the top. That’s because the three small-diaphragm capsules are aimed at the front, sides, and back.

I would also like a shock mount to reduce the intensity of unwanted low-frequency vibrations.
Overall a good microphone. Easy to set up to the computer. I have used Adobe Audition and Adobe Premiere for recording.

I have tried the microphone on webinars, singing, and voice-over.